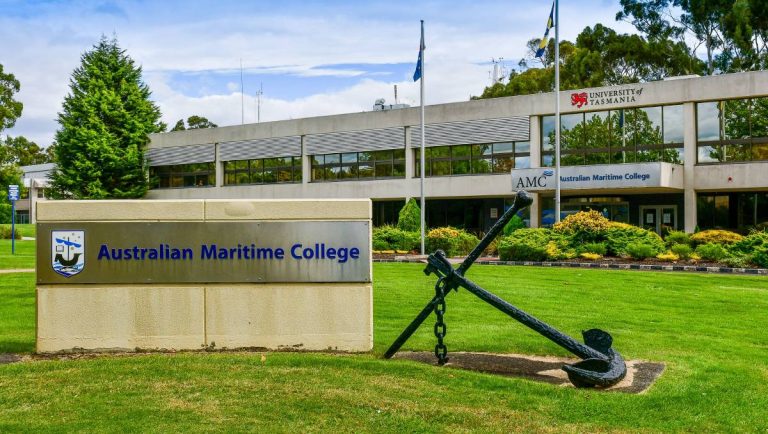 Hydrodynamic Performance of an Integrated Semi-submersible Platform with Wave Energy Converters
To meet the increasing demand for energy and seafood, the development of offshore platforms that combine multiple functions within the same facility are being considered to extract energy from waves, tides and wind as a power source for marine aquaculture and other offshore infrastructure.  The hydrodynamic aspect of a floating column-stabilised platform with integrated oscillating water column (OWC) wave energy converters was experimentally investigated at the Australian Maritime College’s Model Test Basin. The model was based on a previously tested platform with integrated Spar-buoy OWCs and accommodated a horizontal soft mooring system.

Effects of Structural Ageing on Blast Analyses of a Naval Vessel
As vessels are being asked to perform over longer service lives and under more intensive operational tempos, it is becoming more pertinent that the effects of structural aging be accounted for. Fatigue is an important aspect of structural aging of a vessel. Currently, fatigue analyses are conducted in order to determine the point at which fatigue failure might occur. However, fatigue can induce changes to the material properties long before full fatigue failure has occurred. These changes in material properties can affect the outcomes of other forms of structural failure. One such form which is of particular importance for naval vessels is failure due to blast loading.

Sponsored in 2019 by the Tasmanian Section of RINA.

Neville Barrett is a marine biologist at UTAS who has studied marine biodiversity in Tasmania for over thirty years, from estuaries to the deep waters off the continental shelf. He’ll be talking about the diversity…

Biodiversity loss is recognised to pose one of the most serious threats to human well-being as biodiversity underpins ecosystem services, such as biomass production, carbon sequestration, and pollination. The scientific community has called for the…