‘No, You’re Not Entitled To Your Opinion and 49 Other Essays That Got The World Talking’ Book Launch 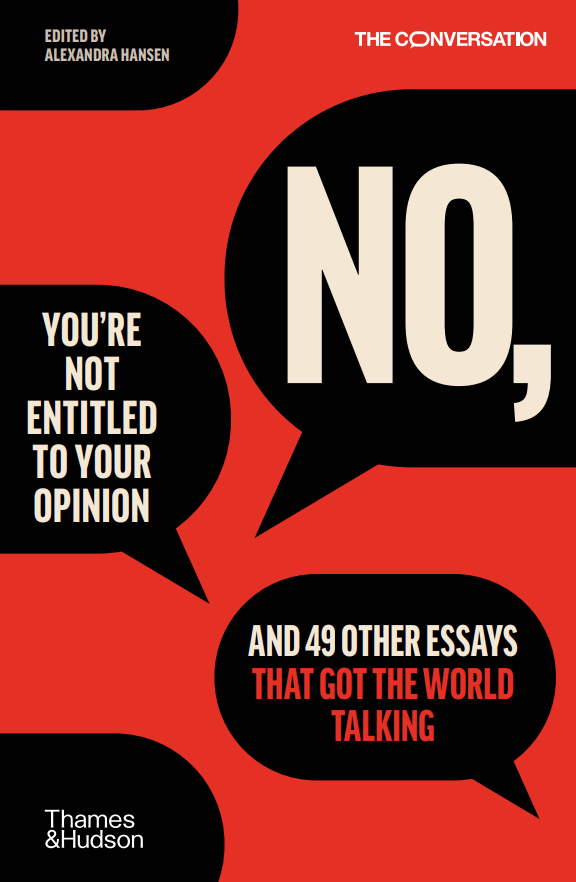 Join Fullers Bookshop in launching ‘No, You’re Not Entitled To Your Opinion and 49 Other Essays That Got The World Talking’, a collection of essays from the Conversation celebrating its 10th birthday.

The book will be launched by a panel of Conversation experts: Henry Reynolds, one of Australia’s most recognised historians; Professor Greg Lehman, a well-known Tasmanian art historian, curator, essayist and commentator on identity and place; and Professor David Bowman, an expert in pyrogeography and fire science, in a broad-ranging discussion about the events that shaped our nation with Dr Natasha Cica, honorary professor at the Australian National University.