The Rhythms of Earth and Life through Time 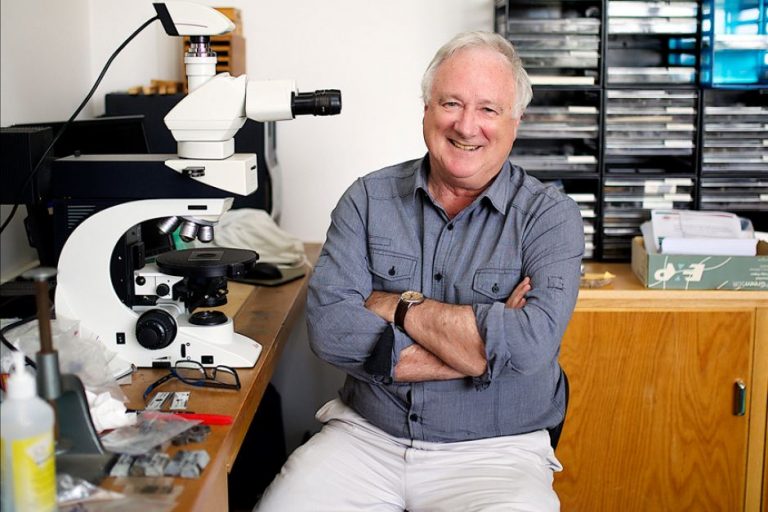 Professor Large challenges the Darwinian concept that evolution is a random process. He will outline recent research on the trace element composition of sedimentary pyrite that demonstrates that the chemistry of the oceans and atmosphere has varied significantly through geologic time in a rhythmic fashion, which has greatly influenced the course of evolution on Earth.

Ross Large is an Emeritus Distinguished Professor at the University of Tasmania. He gained his BSc (Hons) from UTAS, PhD from University of New England, and an Honorary Doctorate of Engineering from the University of Lulea, Sweden. He is internationally recognized for his research on the genesis of ore deposits and relationships to Earth evolution.

Neville Barrett is a marine biologist at UTAS who has studied marine biodiversity in Tasmania for over thirty years, from estuaries to the deep waters off the continental shelf. He’ll be talking about the diversity…

Biodiversity loss is recognised to pose one of the most serious threats to human well-being as biodiversity underpins ecosystem services, such as biomass production, carbon sequestration, and pollination. The scientific community has called for the…