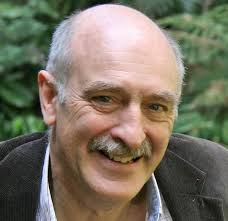 A FREE public lecture by Professor Fred Watson, AM
Over the last few decades, scientists have come to realise that four-fifths of the material in the Universe is hidden from us, and can only be seen indirectly.  It has also become evident that this so-called dark matter has played a crucial role in the formation of galaxies, stars and planets – indeed; we owe our very existence to it. But what is it?
An even more mysterious dark secret has revealed itself within the past few years, and that is dark energy. This ‘springiness’ of space is causing the expansion of the Universe to accelerate, and accounts for 75 percent of the Universe’s mass-energy budget.  Once again, scientists have few clues as to what it is.
The hunt for dark matter and dark energy is a detective story on the grandest scale, demanding all the ingenuity of modern astronomers.  It is also giving scientists some of their most spectacular views of the Universe.  In this entertaining and fully-illustrated talk, Fred Watson describes how the search is being carried out at the Australian Astronomical Observatory and elsewhere, and explains why large telescopes and dark, pollution-free skies are needed to explore these dark secrets.
RSVP/ Contact person: Simon.Ellingsen@utas.edu.au