The Aurora Chaser’s Handbook: in pursuit of Tasmania’s Southern Lights 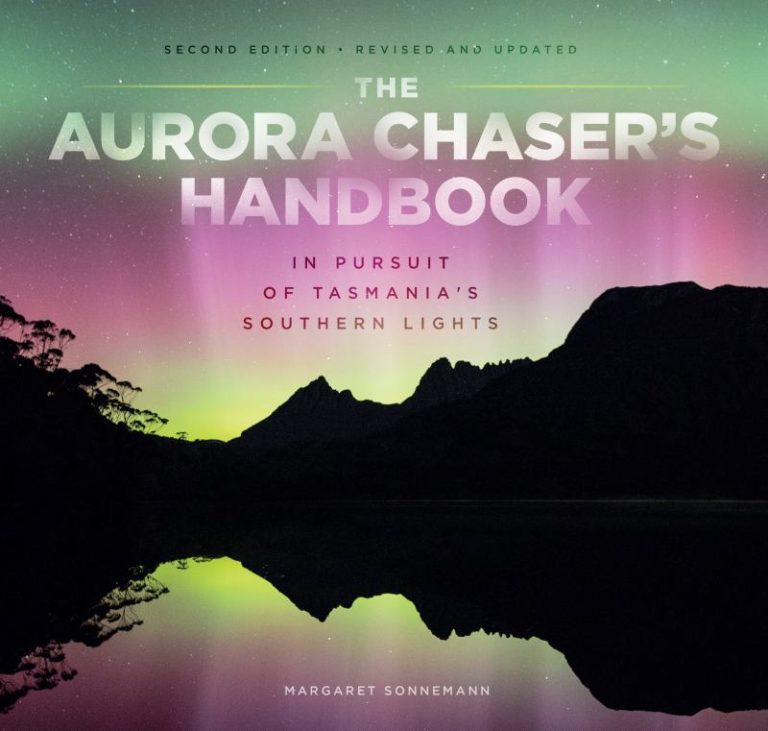 Margaret Sonnemann started a Facebook group hoping to ensure that she never missed another display of the Aurora Australis. What she didn’t expect was to become part of an adventurous, rapidly growing community of “aurora chasers”.

The Aurora Chaser’s Handbook: in Pursuit of the Southern Lights is both a how-to guide and a keepsake. Alongside the science and lore of auroras, the beautiful 2022 edition features new breathtaking imagery of Tasmania’s aurora-lit skies by some of our most talented photographers, as well as everything you need to know to become an aurora chaser yourself.

This event to launch the latest edition of The Aurora Chaser’s Handbook will feature some of the talented professional and amateur photographers who contributed to the book. They’ll answer some of those pesky questions so vital to catching an aurora in Tasmania:

Why do auroras occur?
When can I see one?
What can I expect to see?
Where should I go?
How can I photograph an aurora?
Join Margaret and other contributing photographers at Fullers.